The Gloucester Cairn is located near the entrance to the Greely branch (627) of the Royal Canadian Legion on the north side of Mitch Owens Road between Ramsayville Road and 8th Line Road. "Gloucester Cairn" is my name for the memorial. It may have a different official title. As far as I can determine from researching it, this particular memorial does not commemorate Royal Canadian Navy personnel who have died in combat, but rather the historical significance of the Royal Canadian Navy base situated at the site and the men and women who served there. 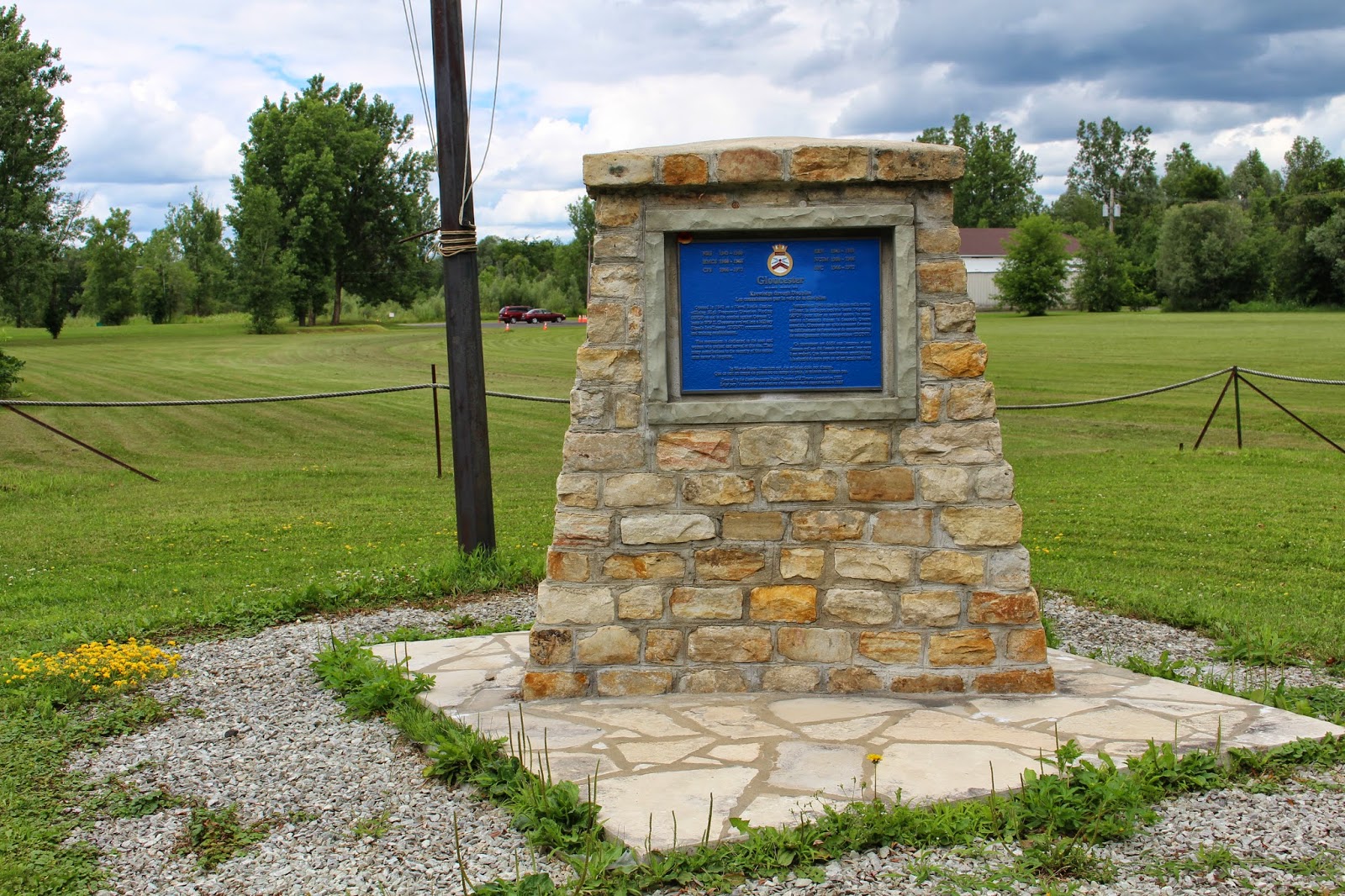 I found the following article that tells some of the story of the base, which is almost gone, and the memorial that now stands there.

The article is from the Historic Gloucester Quarterly Newsletter of the Gloucester Historical Society
and The Gloucester Museum and Archives, Volume 6 No. 2 Fall 2005

Over the past year or so, a group of retired Chiefs and Petty Officers (Pos) of the old Communicator (S) Branch have been doing the preparatory legwork for a project to preserve the memory of HMCS Gloucester. The intention was to install a cairn with a commemorative plaque at the former entrance road to the base.

The property on which the former Naval Radio Station was located has deteriorated badly since the Gloucester base was closed in 1972. The large PMQ area is now a vacant field. The parade square and the central mast are gone. Facing the old parade square on the west side was a long building, which housed the Officers' wardroom at one end and the Chiefs' and Petty Officers' mess at the other. There is no real evidence that this building was ever there. Facing this area on the opposite side of the parade ground was the training building with, at its centre, a quarterdeck, ship's bell, and all the paraphernalia of a naval shore establishment. This building, too, is gone. To the north of the parade grund was the main galley and cafeteria - also gone. To the right rear was the large L-shaped barracks block for Leading Seamen and below. This too has disappeared. The only remnant of the old navy base (as it was called) is the gymnasium, which is now the local branch of the Royal Canadian Legion.

HMCS Gloucester, like the other stations in the Supplementary Radio System (SRO), was always a mystery to the other parts of the Royal Canadian Navy (RCN). The activities that took place inside the Operations sections was a source of specultion by those not cleared to go "beyond the Green Door." Indeed, for most of its existence, the Supplementary Radio System was the only branch of the RCN to perform the same tasks in peacetime as it would in war, that is the collection and processing of intelligence obtained surreptitiously by electronic means. This includes high frequency direction finding, interception of radio transmissions, and cryptographic analysis. Glouceser - nicknamed Glo by most branch members - was unique in this framework in that it was the headquarters for the SRS and the central training establishment for all the operational skills required in the branch. Glo achieved this assignment in teh classic navy way, silently and without fanfare. It produced many hundreds of skilled operators, technicians, and analysts during its three decades of existence from 1943 to 1972.

The program to ensure that Glo's memory is perpetuated has been spearheaded by retired CPO Morley McAllister, assisted by Chiefs Gerry Burton, Don Cameron, Terry Whalley, Ray White and others. The project was completed by early summer 2005.

A six-foot cairn was erected on the boulevard portion of the main road entering the old station. On this cairn a bronze plaque tells the story of the pride the former members have for being part of this great group of shipmates. The plaque—dans les deux langues oficielles, naturallement—will reflect Glo's role in World War II, the Cold War, and its legacy for those who follow. 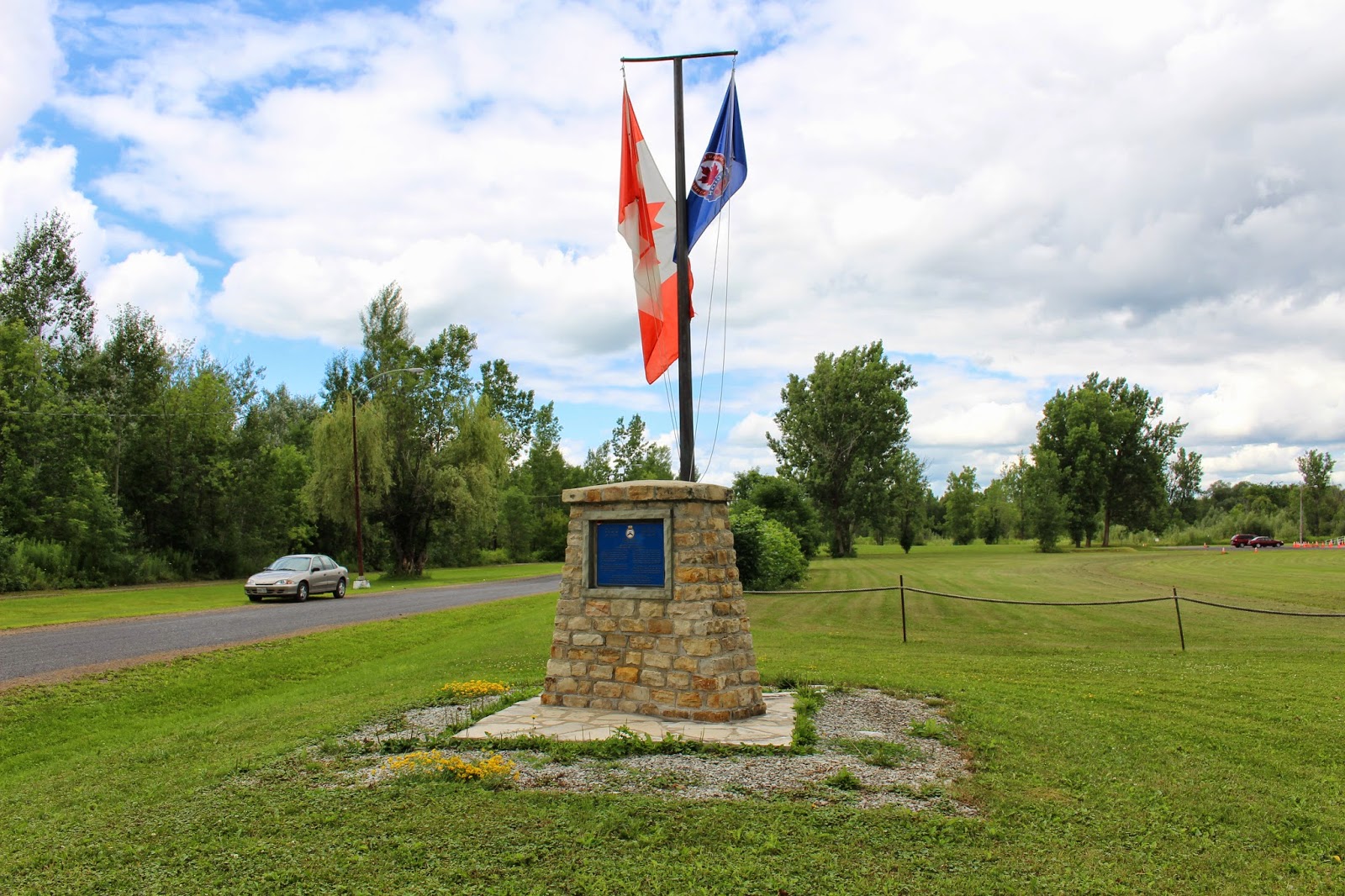 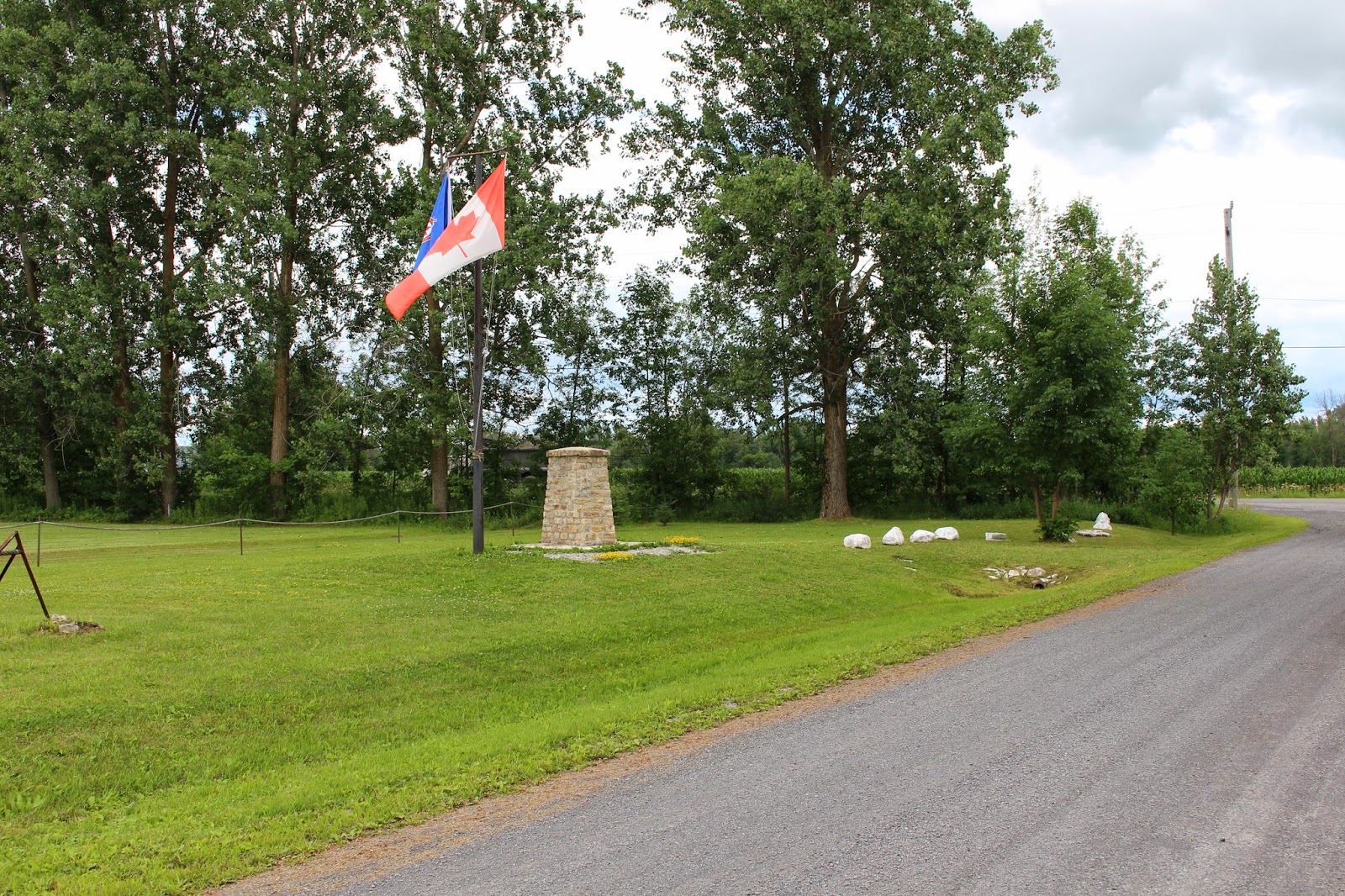 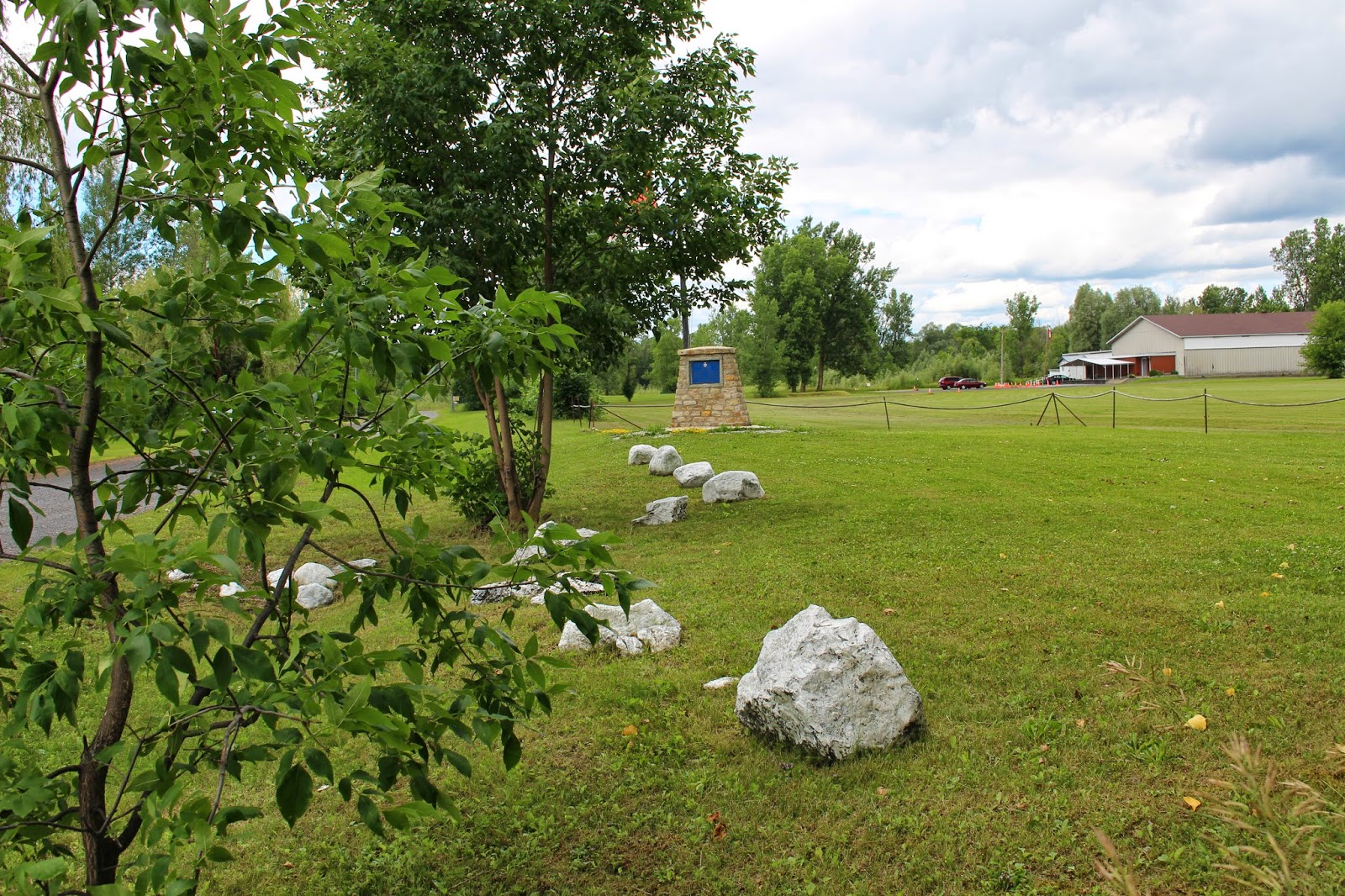 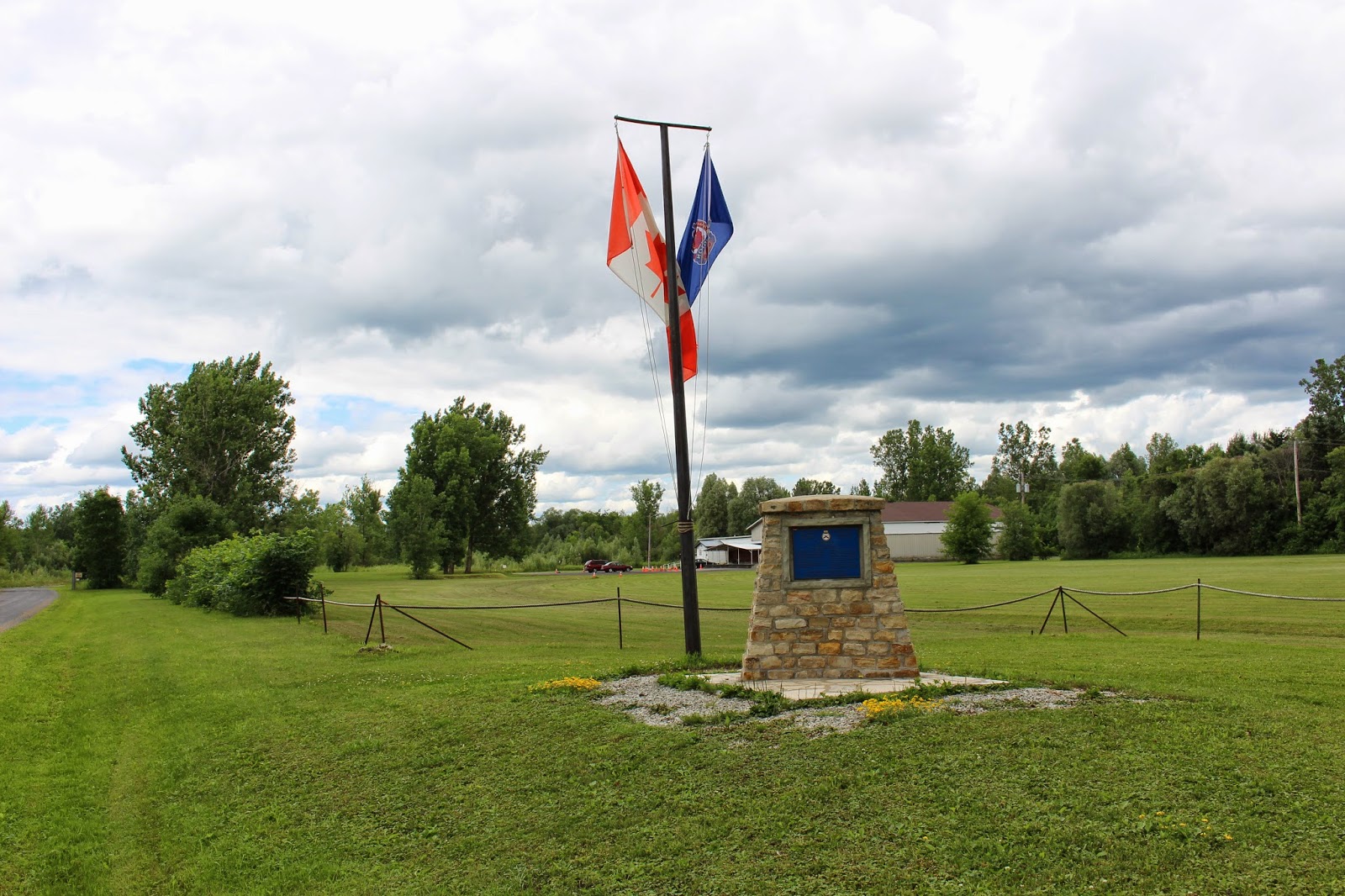 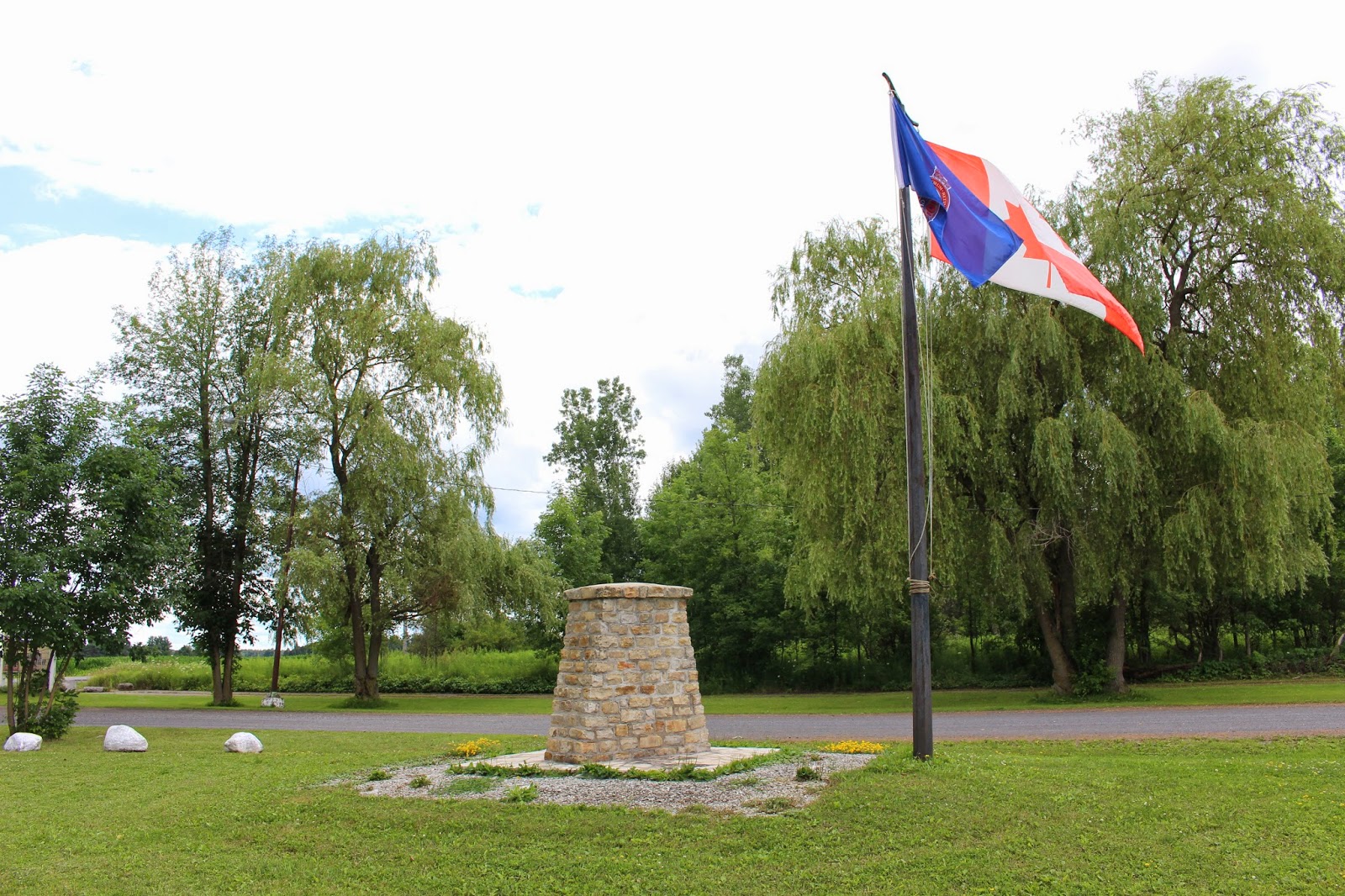 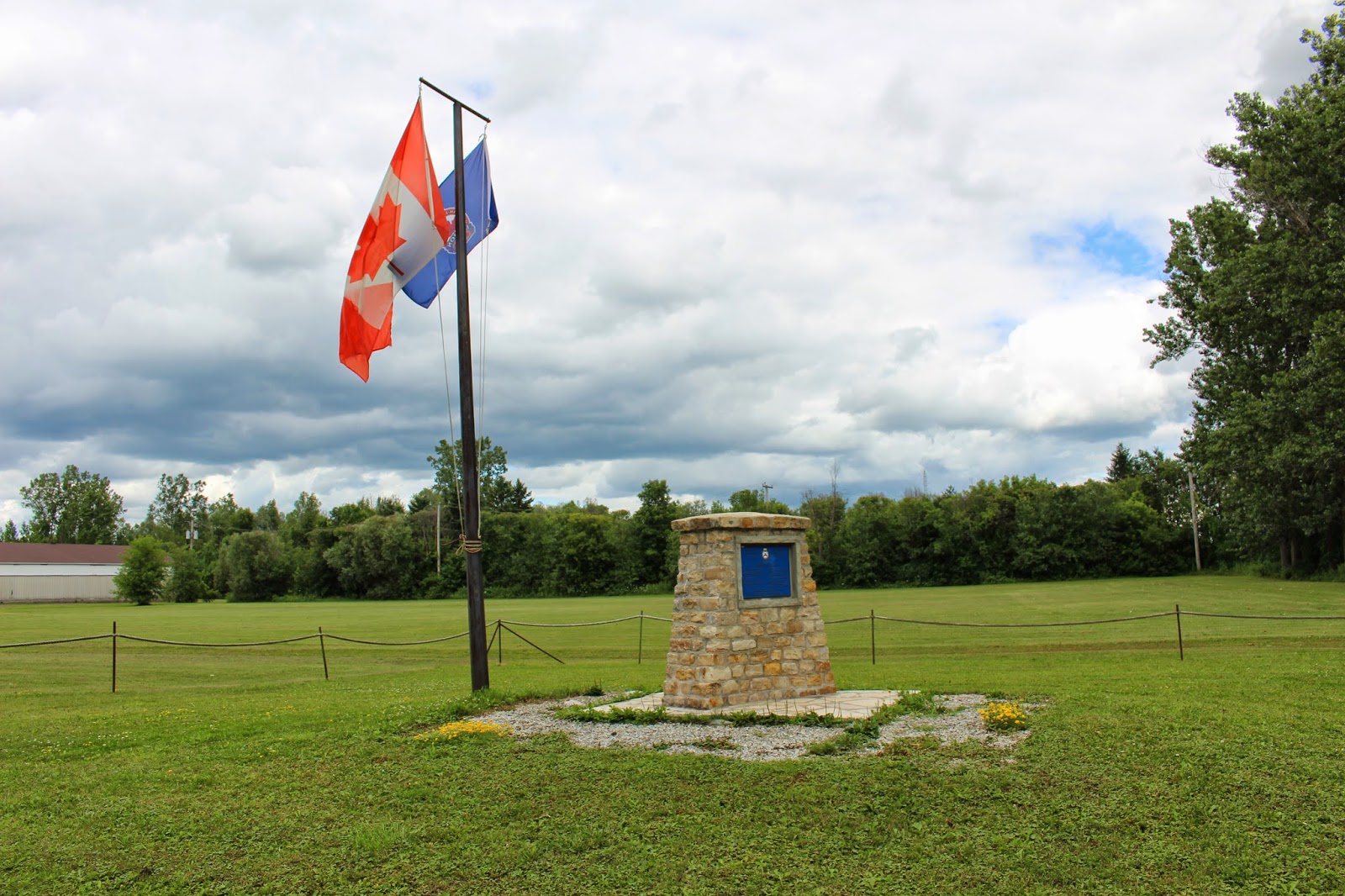 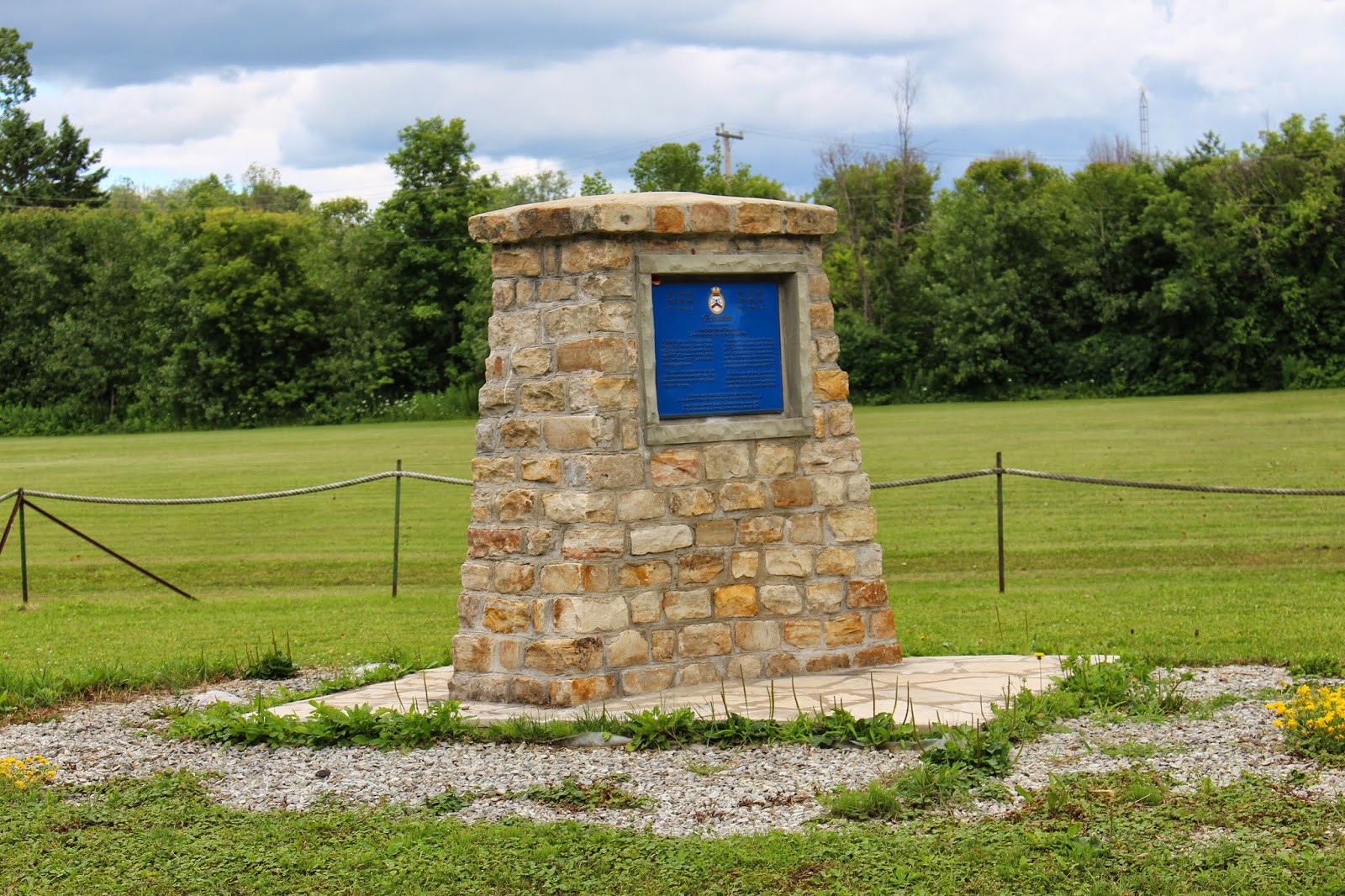 This site uses cookies from Google to deliver its services, to personalize ads and to analyze traffic. Information about your use of this site is shared with Google. By using this site, you agree to its use of cookies. Learn More.

This blog is a place mainly for
photographs of memorials,
commemorations and historical
sites that are located in Ottawa,
Canada's capital, and the
surrounding region.

Click on any picture to bring up a
larger image with thumbnails
below in a slide view format.

Countries That Have Visited This Blog

If you live in British Columbia and like beer, please, give Wildfire I.P.A a try. A portion of the proceeds from the sale of this beer goes to the Canadian Fallen Firefighters Foundation.

In Flanders fields the poppies blow
Between the crosses, row on row,
That mark our place; and in the sky
The larks, still bravely singing, fly
Scarce heard amid the guns below.

We are the Dead. Short days ago
We lived, felt dawn, saw sunset glow,
Loved, and were loved, and now we lie
In Flanders field.

Take up our quarrel with the foe:
To you from failing hands we throw
The torch, be yours to hold it high
If ye break faith with us who die
We shall not sleep though poppies grow
In Flanders fields.

With proud thanksgiving, a mother for her children,
England mourns for her dead across the sea.
Flesh of her flesh they were, spirit of her spirit,
Fallen in the cause of the free.

Solemn the drums thrill: Death august and royal
Sings sorrow up into immortal spheres.
There is music in the midst of desolation
And a glory that shines upon our tears.

They went with songs to the battle, they were young,
Straight of limb, true of eye, steady and aglow.
They were staunch to the end against odds uncounted,
They fell with their faces to the foe.

They shall grow not old, as we that are left grow old:
Age shall not weary them, nor the years condemn.
At the going down of the sun and in the morning
We will remember them.

They mingle not with their laughing comrades again;
They sit no more at familiar tables of home;
They have no lot in our labour of the day-time;
They sleep beyond England's foam.

But where our desires are and our hopes profound,
Felt as a well-spring that is hidden from sight,
To the innermost heart of their own land they are known
As the stars are known to the Night; 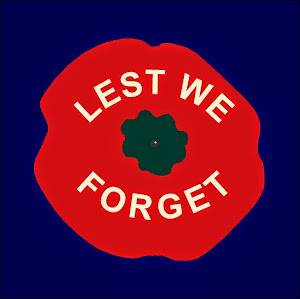